How not to panic when asked to speak in public

Find all the tools required to be a better public speaker

How to be a better public speaker

Joe Fisher helps deal with the fear of being a public speaker and prepares us to shine in front of an audience, to find the best version of ourselves and not be crippled by nerves and self doubt.

‘During my cycling world hour record attempt, which was basically the most important hour of my life to date, Joe was in my ears constantly motivating the crowd to motivate me. Amazing! ‘ 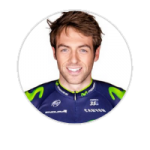 The main protagonist behind Expert Speaker is Joe Fisher, also known as the Man on The Mic. As a successful and highly sought-after presenter and MC in the sports and entertainment industry for the last 30 years, and a former actor and comedian Joe Fisher has a proven track record for speaking in front of millions of people throughout the UK

Out of sport Joe has hosted for ITV at This Morning Live at the Birmingham NEC and at the I am team GB sports days on the set of Coronation Street. He was mainstage host for The Cycle show also at NEC.

Joe is no stranger to public speaking and working a crowd and is keen to pass his extensive knowledge love of mentoring and ability to bring the best out of people to the world of public speaking mentoring.

Book a 3 hour session (divided up if required) with Joe over the internet to help develop your public speaking skills. (£150)

face-to-face - Joe'll come to you

One to one face to face tailor-made sessions with Joe at a venue of your choice. Contact for prices.

We use cookies to ensure that we give you the best experience on our website. If you continue to use this site we will assume that you are happy with it.OK